Why is it useful here ?

Let's imagine a 2D world where the evil Dr Lockdown is trapping the Princess between 4 walls, like this: 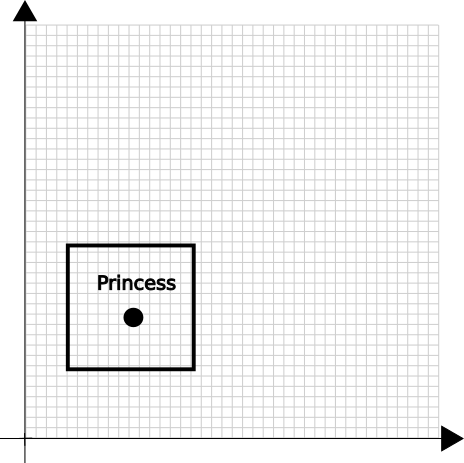 How can the Princess exits the jail ?

The solution for us, souls living in a 3D world is obvious, we'd advice the Princess to get out of her 2D space, jumps out the 3D space (where there is no walls) and jumps back the 2D space, like this: 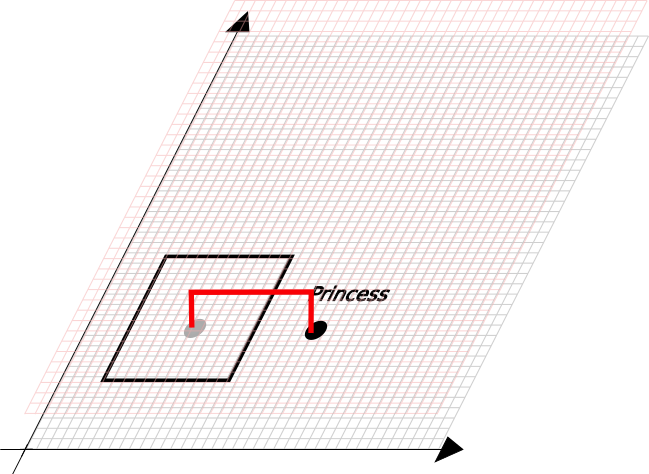 You'll say it's cheating, but I'd answer: it's thinking out of the box.

In this experiment, one particule is travelling on one direction. In this direction, a wall (some material) is preventing the particle to continue its trip. Yet, if one puts a detector for the particle after the wall, it happens that the detectors is triggered. It's like if the particle crossed the wall as if it doesn't exist.

The usual explanation for this effect is based on the fact that the wave function of the particle is not zero after the wall, so the particle can exit/exist here. A wave function is a mathematical tool used to predit the probability to one or more characteristic of a particle. The experiment was looking at the position characteristic and the probability was non zero after the wall.

There is a small chance (non zero) that the particle is on a 4D space filling curve and if it's on this curve, then it'll skip the wall.

In this experiment, 2 plates are located very close to each other, forming what's called a cavity. Then a vacuum is made (to ensure it's not the medium that's falsing the experiment). The QM explains that particles could pop up into existence anywhere (including in the vacuum) with some energy. Without the apparatus, two particles of opposite phase would end up annihilating each other, so the average energy of the vacuum is equal to the electromagnetic field's energy.

With the apparatus, there is an amplication effect of the particle whose wave frequency (wavelength) is a multiple of the distance of the plate (like a guitar's string is oscillating between the two pinched point). Other particle with a different wavelength would annihilate, so only the particles with the expected wavelength are amplifying each other. These particles ends up pushing (or pulling depending on the configuration of the plate) on the plates, and a small force is measured on those.

The question is: where do the particles come from ?

If we account for a 4D space filling curve here, the particle can come from any space around (from our 3D space or the 4th dimension). The particle pops into our space whenever it's located in our dimensions. The 2 plates are obstacles preventing the particle to return to its original dimension.

The energy of the field is the average of the energy of each particle participating in the field. So, in order to keep balance, when trapping the particles here, you're voiding somewhere else particles. There is no net energy creation, the thermodynamic equilibrium is preserved.

When we were to explain statistic and probability with large set (so large that we decided we can't count the items), we could also account for a single particle here travelling on its space filling curve and sometimes visiting us. The mean (what we observe at macroscopic scale) is just the average of the particles in existence in our dimension at any given observation event.

Right now, the concept of a particle following a 4 (or more) dimension space filling curve is already strange, but let's think a little about the implication:

I'll push this concept a bit further in the next chapter.