Common error to avoid while choosing and replacing a hotend

If you have followed my previous post, you know how to replace a 3D printer hotend.

Yet, I've made it multiple time and I'm now able to list the common errors to avoid, in the hope it'll save you time and money.

Error 1: Buying the cheapest clone of the hotend

You've spent a lot of cash in the printer itself, (maybe you had many clogging) and you've read that the E3D v6 hotend is very reliable. Yet, spending 60€ on another hotend is just too much.

If you were to buy a E3D V6 clone hotend, please consider few things while selecting the clone. I'll not try to convince you that genuine E3D is best, since I'm not convinced myself.

I've listed few links on the bottom of this post for some hotends with a good price/quality ratio.

Yet, here are the few details you must check before buying:

The hotend voltage if sold with its heater

It must match the same voltage as your printer (either 12V or 24V). If your hotend is not of the right voltage, don't panic... yet, your current heater might fit inside the hotend's heater hole. If it does not, bad luck, you've wasted money by going cheap. In all cases, the heating power is engineered for the metallic mass of the hotend and its extrusion rate. So if you buy a 12V 30W heater and instead replace with a 24V 50W heater, the hotend will probably not be able to dissipate the excess heat, leading to too much softening of the filament inside the heat breaker and probable clogging of the filament when extruded.

The thermistor used to measure the temperature of the hotend

Avoid glass-bead thermistor like plague. Even more when their legs are simply fitted in a teflon tube that's maintained by a screw, like in this picture: 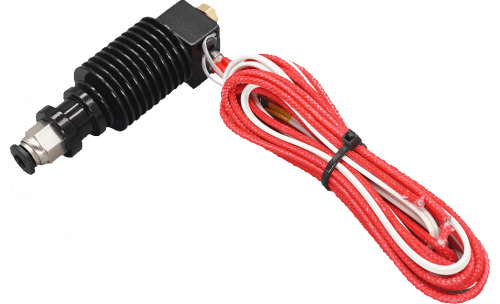 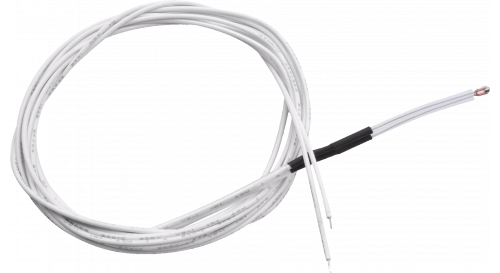 Such thermistor are prone to break while heating. If this happens, you have 2 possible hotcome:

In the first case, this is very huge fire hazard

Even if they don't break, the screw can shortcut the wires if it's too tight (it happened to me) and this is exactly like the first case above. Hopefully, I was able to detect the smell and smoke of the burnt plastic and shut the printer in time.

Marlin's firmware has some safeguard against such behavior, but it can trigger too late even more when it happens after the hotend has reached temperature.

It's very important to make sure the firmware used by your printer is matching the NTC's beta value. If it's not the case, you'll end up setting a temperature in the interface and getting a totally different temperature on the hotend with a wrong temperature being reported. In Marlin, you'll need to check the TEMP_SENSOR configuration value. 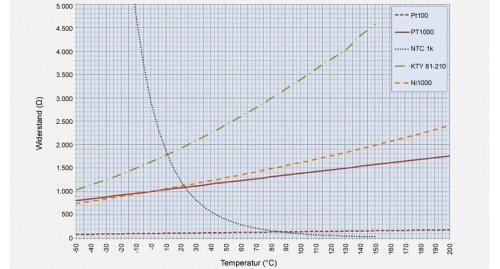 You'll find that a shorted NTC thermistor (few Ohms) behaves exactly like a thermistor at 200°C. Unfortunately, it's also the exact temperature where you'll likely print, so the scenario above will happen.

So, make yourself a favor, and buy a thermistor in a ceramic tube, so that it doesn't short itself: 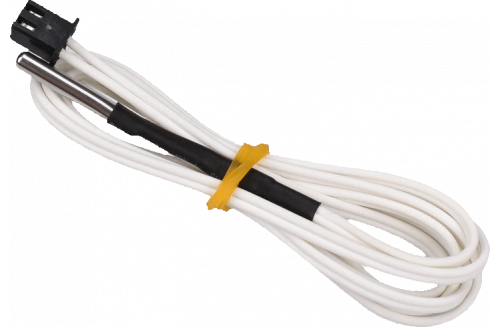 This also means use some hotend like this (notice the hole for the thermistor):

Error 2: Cutting and extending wires to the hotend because they are too short/too long

I've seen many times in numerous blogs around. It's bad, and it's a weakening point for your printer for these reasons:

So, for me, the best solution is to have a single cable containing many insulated wires that are plugged on a connector on the hotend, and have another connector for each sensor/actuator.

You should use a crimp tool since the connection is more durable and reliable and less likely to break due to fatigue. They are not that expensive and will definitively save your day (and crimping is a lot easier than soldering).

You can buy a 12 wires cable (search for 12G0.75mm2) or a 16 wire cable (16G0.5mm2) and you'll have plenty of wires left for future upgrade of your printer. In a standard scenario, you'll need between 10 to 14 wires so a 16 wire cable will be enough and you'll able to merge 2 wires for lower resistance on the power lines.

Whatever the reason (we are always too late), you think you'll remember which wire is which. Except that once you've fitted all the wires in the cable or holder, you might make errors. For example, I swapped the hotend's heat breaker fan plug with the part cooling's fan. The former is usually always on, but the latter is only activated after few layers. This means that for the first few layers, the heat breaker wasn't cooled and the filament was being heated and started softening before being pressed in the hotend causing clog.

In the end, this stupid mistake took many additional hours to debug. Labeling takes few seconds so please label your wire (do whatever you want for labeling, use paint, eraser or tape, but label the wires). You can also buy wires that are already labelled.