You are usually thinking you are living in a 3rd or 4th dimensions world (depending if you account the time for a dimension, see chapter 3 for some question about this).

If I ask you what is a dimension, you'll likely think about the mathematical diagram of an axis, an origin, a bit like this:

Two dimensions ? Intuitively, you'll draw another axis, perpendicular to the first one (I will say orthogonal later on instead), like this: 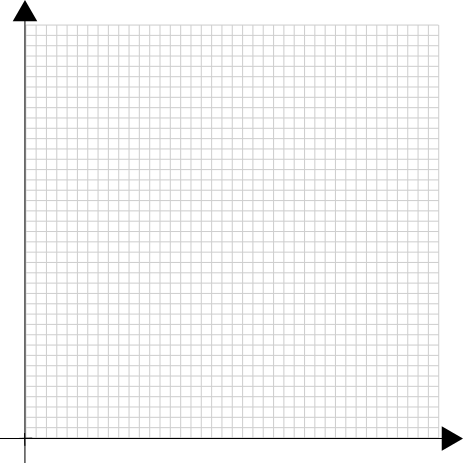 As a matter of fact, what you imagine here, is the concept of manipulating 2 dimensions.

A dimension can be seen as a degree of freedom for an object of the same (or lower) dimension to evolve in its universe in some direction.

In the one dimension case above, a point could slide along the axis from any length, horizontally, but obviously can not slide in the other dimension vertically.

In order to manipulate this freedom, we select a reference point (called origin) and start to measure from it by comparing to some unit vector. In the example, above, a point could move 3 inches to the right from the origin.

We could define a dimension as a single length (or distance from the origin).

In a 2 dimensions case, you'd need 2 lengths to locate a point, with respect to some origin point, and two unit vector that are orthogonal.

I'll demonstrate that it's not always the case.

Let's take the previous diagram and add 2 points: A and B. 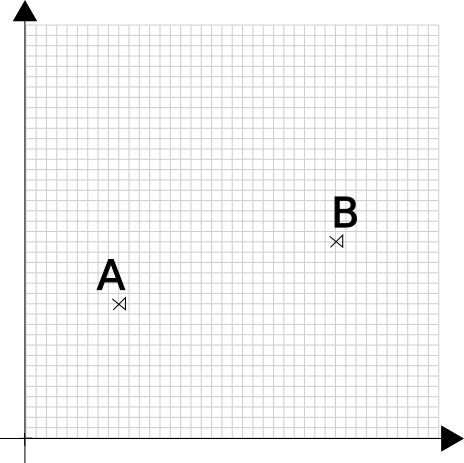 But it's not always the case. Let's draw a spiral in there: 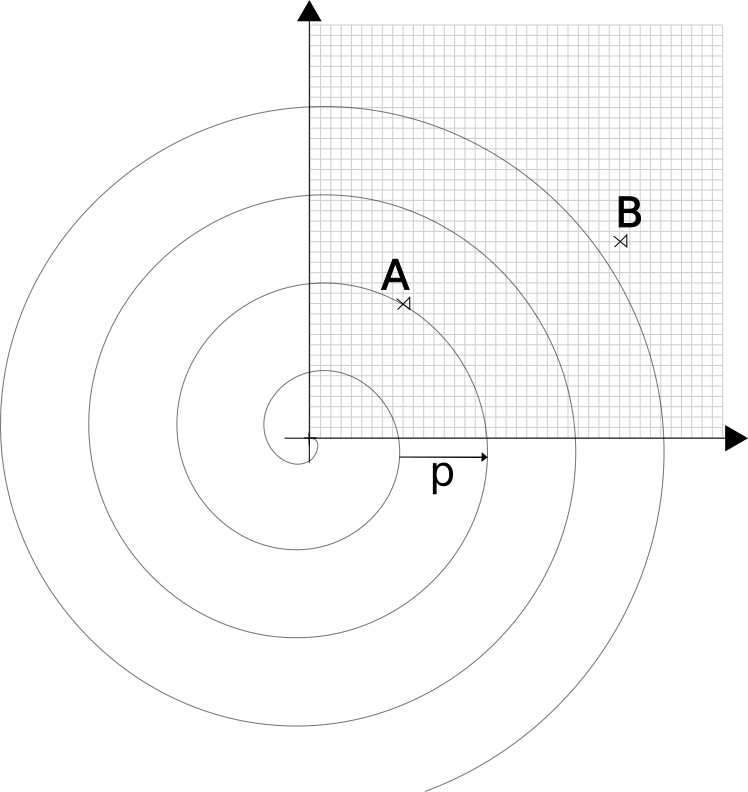 Ok you say, but you can't locate point B this way: it's not on the spiral

You are right. You'd need to adjust the pitch of the spiral to match, like this: 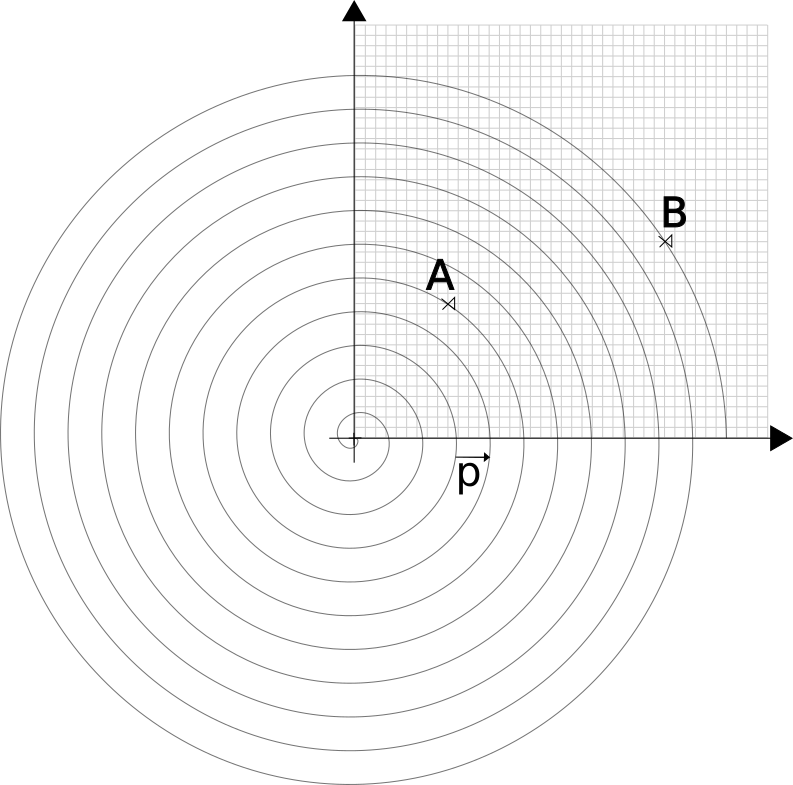 In fact, to be able to express the coordinates of all possible points in a plane, you'd need a spiral with a zero length pitch. Restrospectively, it'll also give a coordinate that's infinite for each point.

So, what you are saying is: to get one dimension from a two dimension object, you'd need infinite length?

Yes, it looks like it's going nowhere. But please follow me here. This spiral is a mathematical object called a "space filling curve". It's a curve that... fills the space.

Now, I'll write down my first hypothesis for this theory:

Let's make the hypothesis the space is not infinitely divisible: it's quantified

If you can't divide the space indefinively, that is, at some scale, a particle can only be there or there but not in between, then it must exist a space filling curve that goes from all these points. Thus locating any particule boils down to choosing a common origin and "locating" the distance of the particle from this origin along the space filling curve.

There is a theory (called quantum loop gravity) that makes the same hypothesis.

I'm stopping here for the first chapter. In the next chapter, I'll explain why this is very important to understand some behavior of the quantum particles.